I want to talk about the music of Gianmaria Testa, an Italian singer and songwriter whose work I am fond of, and don’t know how to describe it. True, I find it very difficult to talk about music, which is essentially a sensual experience.

The trouble with genres of music is that they are rarely introduced by musicians. Great for folk who have to sort CDs into bins at a music shop, not much good for actually describing music. Music comes from multiple roots and musicians are usually influenced by one another: they grow up wanting to sound like a particular musician. Only the mediocre succeed. The others evolve their own style.

Fats Waller and Billie Holiday performed pop music but are jazz musicians; Nina Simone was a classically trained pianist who performed protest songs and show tunes, and can’t be fitted into any one category. Look at blues, you find traces of ragtime; at rock, you’ll see country roots. As has been said before, the only sure division is into good music, and bad music.

For an English speaker listening to mainly American based music this cross fertilisation is confusing enough. But listening to music of other countries can be really disorienting. We think pop music from Brazil sounds like jazz; we don’t know what to make of traditions such as chanson; we don’t take music such as tango or rebetika seriously.

So I’m going to describe the music of Gianmaria Testa in terms of other music, and hope I make sense. No Italian songwriter and performer can fail to be influenced by Paolo Conte, whose humorous, world weary lyrics and virtuoso piano technique have been attracting attention since the 1970s. There’s not a little of Fats Waller’s tragic clown in Conte’s performances, mixed with the exasperation Italians reserve for their own foibles. Testa has the voice – both Conte and Testa, one imagines, have smoked a lot of cigarettes between them – but lyrically they are miles apart. Conte can be surreal, nostalgic, exaggerated, but Testa is gentle, romantic, and that suspect word, poetic. Sure you can describe these as ‘singer-songwriters’, like Bob Dylan, Joni Mitchell, Bob Segar, but you are not being very precise by doing so.

Testa has a real melodic gift, comparable at times to the composer Simon Jeffes, of Penguin Cafe Orchestra. Some of his tracks sound like a modern string quartet performing something by Ravel, others like bebop jazz, until suddenly a clarinet turns it into sweet pop music or an unforgettable tune like one by Nino Rota. And lurking in the background of Testa’s work is the sung poetry of Léo Ferré, a chansonist who has performed poems by Apollinaire and Rimbaud and to whom Testa has paid homage in a CD release.

Gianmaria Testa comes from Cuneo in Piedmont near the French border of NW Italy (Conte comes from Asti in that province, so what does this say of the Piedmontese?). Although playing guitar and writing songs since he was a teenager, Testa’s career only took off in 1995, when he was 37. His first CD, Montgolfières, was released in Paris that year, and the following year he mounted a show at Paris’ New Morning club, with a combo that included sax, trombone, clarinet and accordion. All through his career Testa has shown great skill and discrimination in choosing musicians to back him, and the arrangements that they worked out together are one of the features of Testa’s music that raises it above the ordinary. In 1997 Testa had a concert at the Olympia which bought him, belatedly, general recognition. The concert was followed by a tour of Europe and Canada in 1998. In 2000 his CD Il valzer di un giorno was a bestseller, a surprising hit for an album of voice, with the simple accompaniment of Pier Mario Giovannone’s guitar. It is a masterpiece, and a highlight of his career. The year 2002 saw two homages, Guarda che luna! with Enrico Rava, Banda Osiris, Stefano Bollani, dedicated to Fred Buscaglione, a hilarious revue displaying real virtuosity, and Omaggio a Léo Ferré, with Roberto Cipelli and Paolo Fresu. These developed over several performances and were released on CD 2004 and 2008 respectively. Other acclaimed performances were at the Montreal Jazz Festival in 2005 and 2007. A strong element of theatre has entered Testa’s work, including the ‘concept’ CD Da questa parte del mare, which explores the experience of migration, and is probably his best work so far. In 2009 Testa gave a solo concert of 21 of his compositions accompanied only by his guitar which was released later that year as Solo Dal Vivo, a remarkable performance which attracted enthusiastic audience response, another career highlight. As time passes Testa has developed as a perceptive, tender chronicler of states of the heart, with a melodic gift that now makes many of his songs unforgettable (and a voice that is getting noticeably hoarser).

Among all the dreams that I have,
among all the mirages that stare before me,
you are the most improbable.
You are like an island lost in the blue
that I re-discovered,
but you are unreachable…
(Come un’America from Extra Muros)

(reminds me of something simpler I wrote long ago:
through a mist
I heard your song, always fading,
always beautiful…
putting to sea
leaving your island, enchantress
and hoping to find you,
circe,
again).

Most CDs by Testa are available through Amazon.com. I’d recommend the live recordings first: Testa does very well in concert. The studio CDs all have their highlights and can be enjoyed just as much for the splendid musicianship and arrangements as for the lyrics.

The songs
(translations adapted from those of G Attardo ©2010) 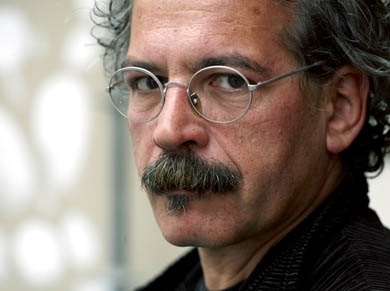 An airplane with sails (from Montgolfieres 1995):

A canary in a cage will sing for you
When days get dark
The winds, the time against you
When you can not move.

Ah, certain little rivers in the lowlands
which run straight into the sea,
do they notice lands they flow through
or do they simply just arrive?
They look an awful lot like sadness
which comes without a warning,
and then it floods the heart’s lakes,
and with their water is mixed another
that takes us by surprise.

When we met you felt abandoned
there was nothing much to say,
even the shadow of a half smile
was absent from your eyes that day,
while you had watched me watch you.
No matter how much time has passed
we have left still two marks
upon our hearts which,
no matter what our sadness
will still remain.

And I’m back here just
to contradict you
this silence won’t keep me quiet,
or the distance of a buttoned jacket.
I’m back here to meet again,
do not deter me.
Even the silence
that grips us and makes us wonder.
I’m back here because …
certain little rivers in the lowlands
which run straight into the sea
they do not notice lands they flow through
they simply just arrive.

You will be wet earth,
after the rain,
steam from the tar and then
warm embraces.
You will be wet ground,
a blossoming flower.
On a love made of sand
you will be.

You will be like the moon in winter
that lights up for us,
the whole sky that turns around us.

You will be like the moon in winter
that lights up for us,
the whole sky that turns around us.
You will be the breath of the day. 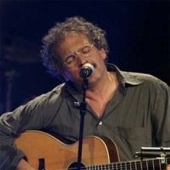 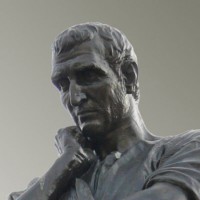 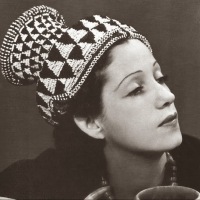 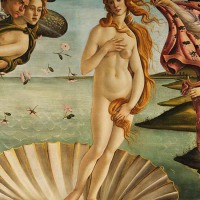 © Phillip Kay (phillipkay) and Bestquest, 2009-2020. Unauthorized use and/or duplication of original material on this site without express and written permission from the site’s author and/or owner is strictly prohibited. Short excerpts and links may be freely used, provided that full and clear credit is given to Phillip Kay (phillipkay) and Bestquest with appropriate and specific direction to the original content. Pingbacks where appropriate are welcome.